Send us your email and we will contact you.
We appreciate your confidence.

WARNING: Your data will be stored in a database to which only Heteropterus can access. 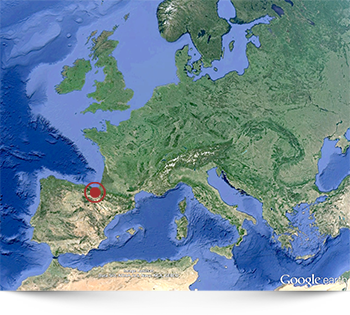 At the end of the twentieth century, the interest and fondness for insects brought together some people from Gipuzkoa (one of the provinces of the Basque Country), who finally decided to give birth, in 1999, to the Entomological Society of Gipuzkoa. Currently only a part of the members are from Gipuzkoa, but the name of the Society remains, linked to its origins and to the centre of most of our activities.

This is a nonprofit association, which objectives are just the initial interests of that group of persons:

Those two objectives and interests are mainly achieved through the publication of both journals of semiannual periodicity:

Among the remaining activities developed by the Society, the Entomological Observatory of Gipuzkoa has an outstanding relevance.

When looking for a short name for the Society, that of the lepidopteran genus Heteropterus was chosen. On the one side, it has an interesting sound effect and resembles the name of many insect orders. On the other hand, Heteropterus morpheus is an Hesperiidae which Iberian distribution is basically Cantabrian, that is, “one of ours”. Moreover, this butterfly’s wing colouration could be viewed as a metaphor of the Nature in the “always green” region of the Iberian Peninsula: beyond the apparent uniformities, some surprises may appear...

Heteropterus is a spreading magazine on entomology, including as well those news about the activities and life of the Society (notices, reports, etc.). It is six-monthly published.

It is issued to all members. It is also freely sent to the educational and cultural centres of Gipuzkoa or in response to request made by whichever institution or society. Here you have an entertaining publication easy to read by people of all ages.

Heteropterus Revista de Entomología (abbreviated: Heteropterus Rev. Entomol.) (ISSN: 1579-0681) is a scientific journal in which articles and notes are published which are original contributions to entomological knowledge (in a broad sense), particularly from the western Palaearctic Region. It is six-monthly published.

It is issued to all members and also exchanged with about one hundred journals worldwide.

Heteropterus Rev. Entomol. is available for publication exchange. For any question or request, please contact